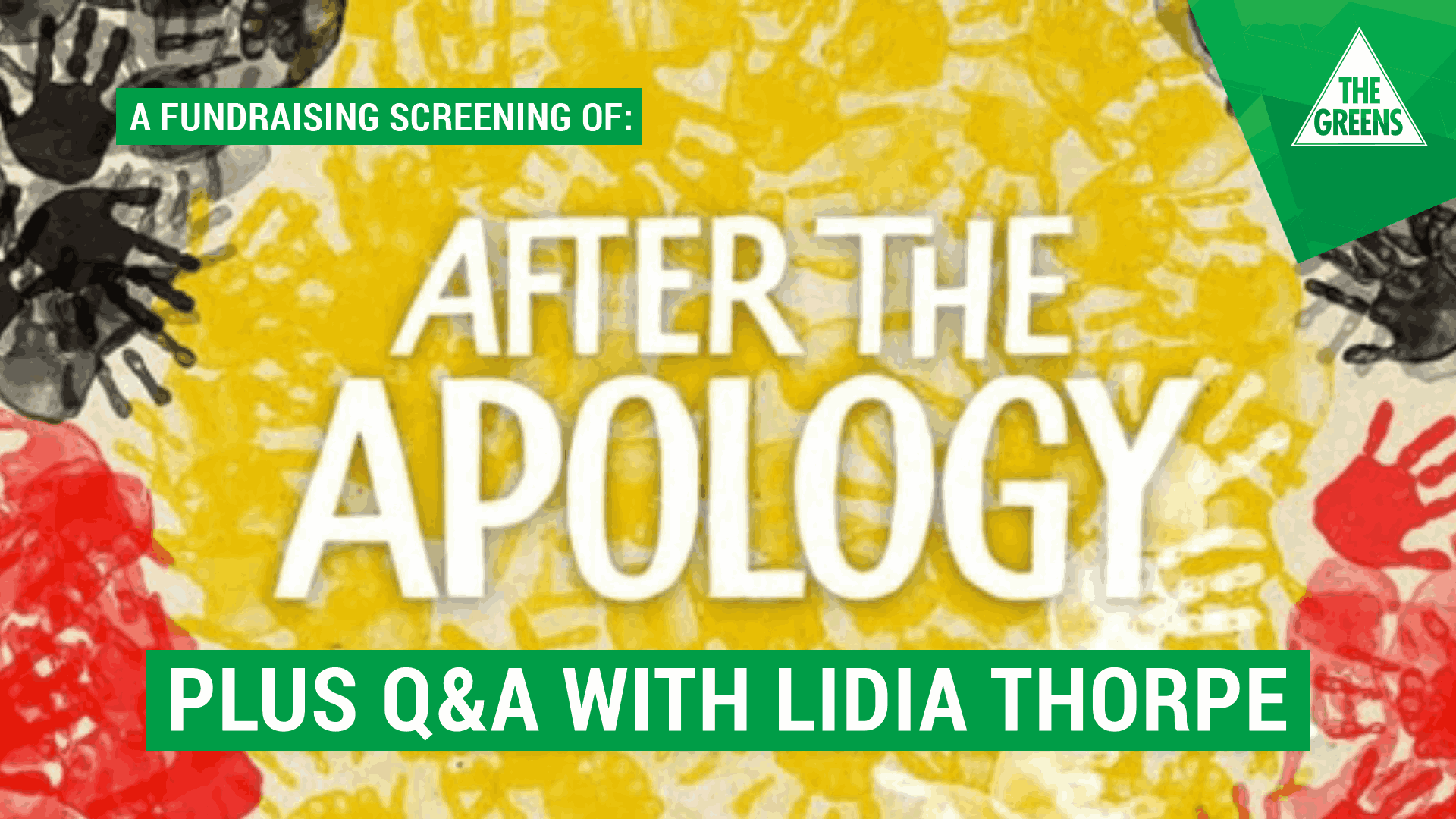 The rate of Indigenous child removal has increased exponentially since Prime Minister Kevin Rudd delivered the apology to the stolen generations in 2008.

Their grassroots actions spearhead a national conversation about the alarming rates of child removals. Together they are not only taking on the system, they are changing it.

A note on accessibility: This location is fully wheelchair accessible and we welcome people of all abilities, genders, sexualities, racial backgrounds, cultures, languages and experiences to join and get involved.

The Australian Greens acknowledge the people of the Kulin Nations as the custodians of the land on which this event will take place, and pay respects to their Elders past, present and emerging. We commit to actively work alongside Indigenous peoples for reconciliation and justice for all Indigenous Australians.