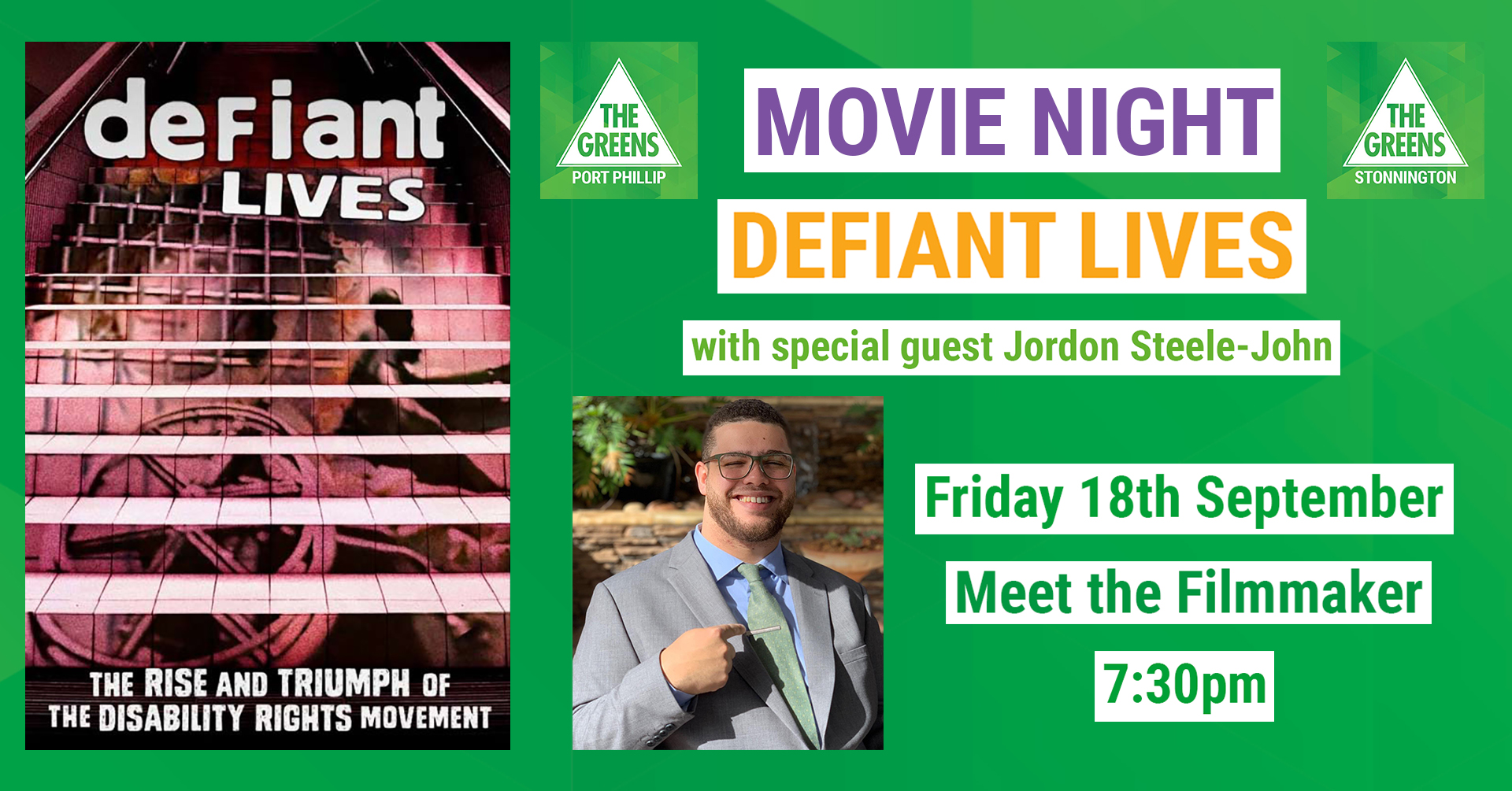 Defiant Lives introduces the world to the most impressive activists you’ve never heard of and tells the story of the rise and fight of the disability rights movement in the United States, Britain and Australia. Featuring exclusive interviews with elders (some now deceased) who’ve led the movement over the past five decades, the film weaves together never-before-seen archival footage with the often-confronting personal stories of disabled men and women as they moved from being warehoused in institutions to fighting for independence and control over their lives. Once freed from their imprisonment, disabled men and women took on the big charities, criticising the use of celebrities to beg on their behalf. They chained themselves to public transport around the world and demanded access “to boldly go where everyone else has gone before”; and they lobbied for support to live ordinary lives in the community with family, lovers and friends.

Defiant Lives is a triumphant film full of extraordinary characters who put their lives on the line to create a better and very different world where everyone regardless of impairment is valued and can participate.

The film will be followed by a Zoom discussion led by Senator Jordon Steele-John & the film maker, Sarah Barton. Join us for this thoughtful film & informed discussion.

Sarah Barton is a filmmaker with more than 20 years’ experience and has focused mainly on making films about disability. Her first major film Untold Desires (1994) about sexuality and disability won the first Logie Award for SBS television and an AFI Award for most outstanding documentary. We are very pleased that Sarah is running for Stonnington's North Ward.

We acknowledge that any events in Port Phillip take place on the land of the Boon Wurrung people of the Kulin Nation, that sovereignty was never ceded and pay our respects to Elders past, present and emerging.

Please note that, under Victoria's funding and disclosure laws, contributions through this page are for a Local Government electoral purpose

You should be aware of the tax implications and disclosure obligations that result from your contributions to the Australian Greens Victoria.