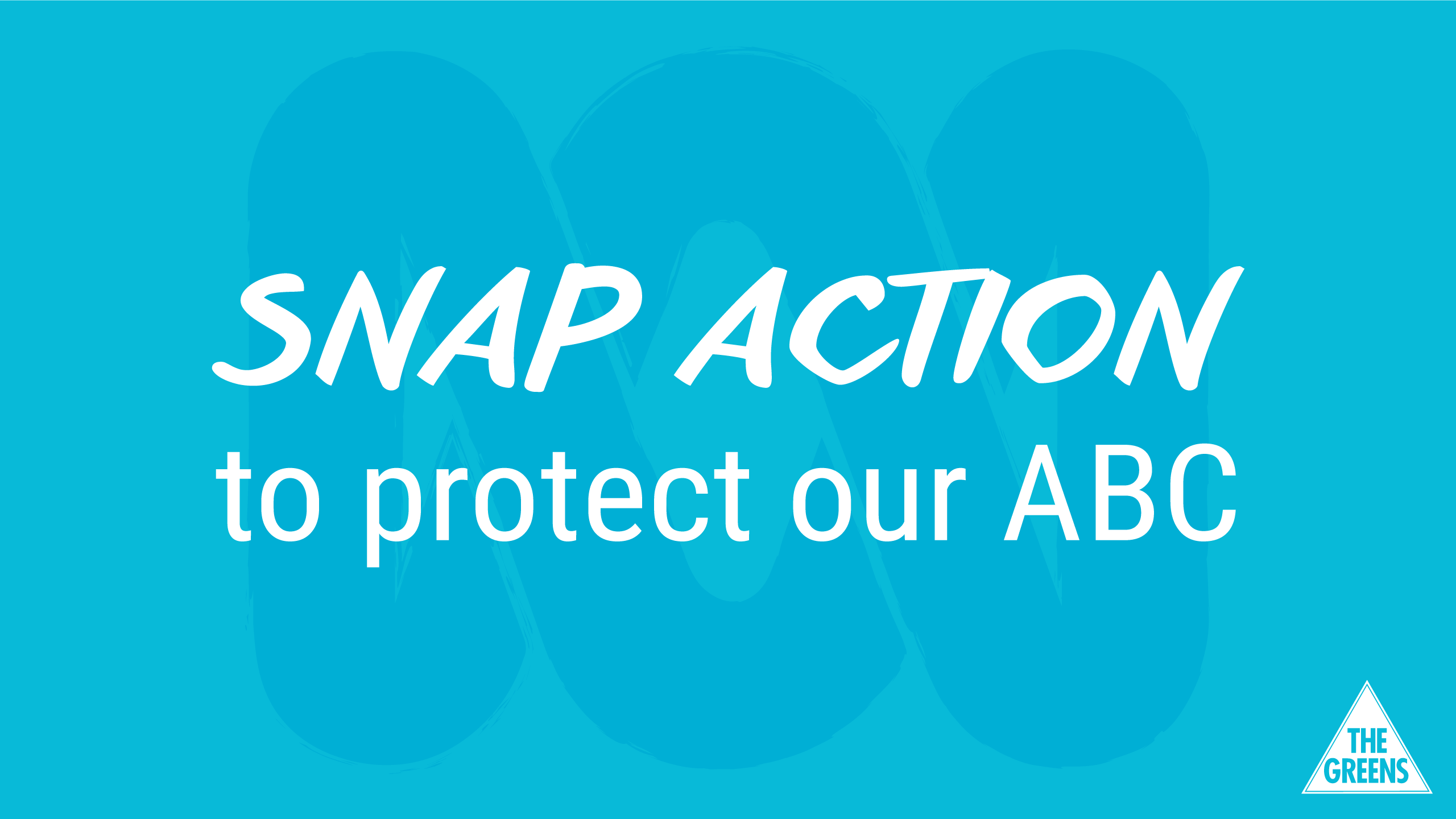 [Note: This event was formerly titled 'Protect our Press: Public broadcasters under attack.]

We’ve known that the ABC has faced relentless attacks from the conservative Coalition Government. This week, it’s been confirmed just how wide-ranging the effect of those attacks has been.

Join us for a snap action to save our ABC. We’ve got a giant petition and we need your signatures!

Protecting the ABC from the political interference of a Government – regardless of which party is in power - is vital to ensuring their journalistic integrity and preserving our most trusted news institutions.

Our public broadcasters can’t fight back, so come along and help us fight for them.

After the action, you’re invited to join Adam Bandt, Tarneen Onus-Williams, and Steph Hodgins-May for a community forum discussing our public broadcasters, the attempt to undermine them, and the radical drift to the right of our media landscape.

A note on accessibility: This location is fully wheelchair accessible and we welcome people of all abilities, diversity of genders, sexual identities, racial backgrounds, cultures, languages and experiences to join and get involved. To get to the venue, you can take tram 30 or 48 from the CBD, or it’s a short walk from Southern Cross Station.

We acknowledge that this event takes place on the land of the Wurundjeri and Boon Wurrung people of the Kulin Nation, that sovereignty was never ceded and pay our respects to Elders past, present and emerging.